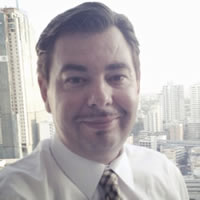 Franck started his career with IMPAC http://www.impac-systems.com nearly 25 years ago when he worked with numerous Consulting Firms both as an employee and as a freelancer. These were EPI in Brussels, System 21 in the UK, Anthex, SCA Consult, Sector Consulting, EuroPerformance and Alexander Proudfoot.

All these firms specialized in Operational Consulting and Franck's role was either Consultant, Management Trainer (most of the time) or Project Manager.

After more than 15 years in Consulting, Franck started to do recruitment. In the beginning it was a way of helping clients who needed freelancers in foreign countries and who wanted to benefit from Franck's extensive network of Consultants on both sides of the Atlantic. After a year of placing consultants part time, Franck decided to focus 100% on being a full time external recruiter working for several consulting firms. After another year of working alone, he hired the first person to help him part time. It was in 2007 that Franck hired Gratiela, who is still with the Company.

More people have been taken on board since but the big change was in 2010 when Franck decided to develop Asia Pacific and move to Australia from Miami to focus on this region.

What is Interim Management?